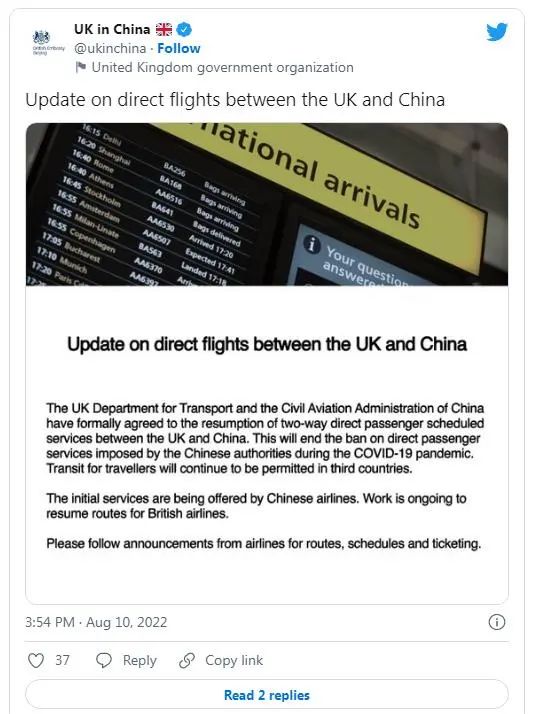 Initially, the direct flights will be provided by Chinese airlines, while the resumption of flights conducted by British Airways is still ongoing, according to the statement on the embassy’s official social media account. 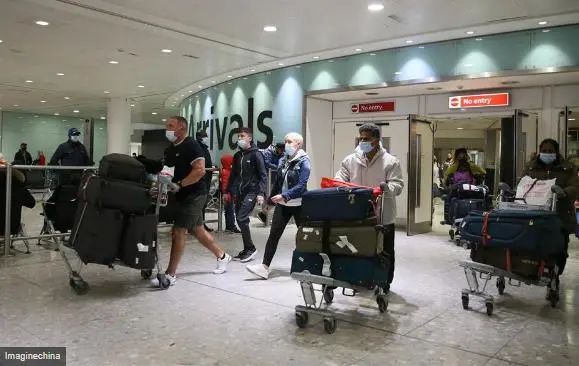 Passengers are seen at London’s Heathrow Airport in a recent photo.
According to the information gathered by Simple Flying from airlines’ announcements, four Chinese airlines have indicated their plans for resumption of flights between the UK and China.
Air China, the nation’s flagship carrier, will restore the Beijing-London flight every Thursday from August 11 and the Shanghai-London flight from Pudong airport every Saturday. They set the base price for the economy, premium economy, and business class at 12,270 RMB (1,822 US dollars), 18,440 RMB (2,738 US dollars), and 42,720 RMB (6,278 US dollars) respectively, which are much expensive than the fare before the pandemic, but significantly reduced from any current transit flight. 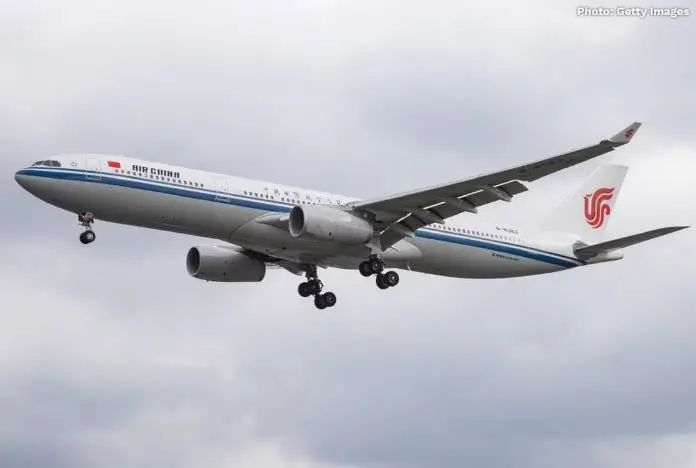 China Eastern Airlines, one day after Air China’s announcement, said it would resume operation between Shanghai Pudong Airport and London Heathrow Airport, although the flights currently are only scheduled on August 12th and 19th in China Eastern’s announcement.
The Shanghai-based China Eastern will restore Flight MU551 from Pudong to London on Friday and August 19. Ticket sales have also begun on its official app.
The Guangzhou-based China Southern will operate the Guangzhou-London flight every Wednesday from August 17, while Capital Airlines, an airline based in Beijing, will restore the direct service from Qingdao in east China’s Shandong Province to London from August 19.
After the resumption of the direct service, the Guangzhou-London flight will take some 11 hours, and the ticket price has also been largely reduced.
A London-Shanghai China Eastern ticket was sold for over 90,000 yuan in July, despite the transfer-transit process, compared with the more than 10,000 yuan for the resumed direct service.
The airlines have yet to announce details of the return flights.